I had my first glimpse of the fantastic tourney room in the afternoon. The venue  is really wonderfully majestic. In the evening the welcome reception and first
round pairing at a very hot café Cronan. Lot of laughter when Lari and Katie were drawn to play against each other at table 15.
It is a pitty that there were some last minute cancellations, but the total number of excellent players is 58 (with the Swedish reserve player included). 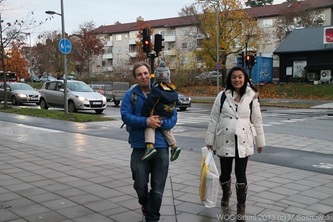 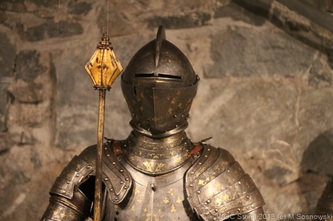 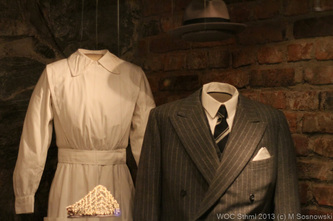 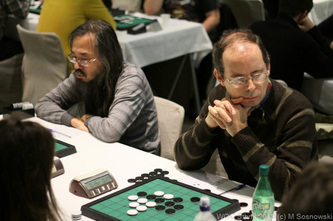 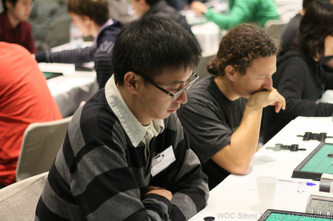 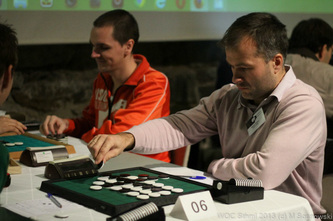 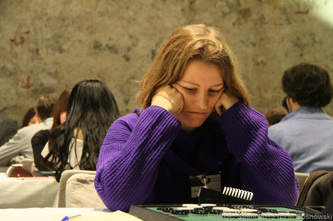 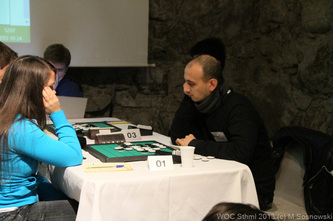 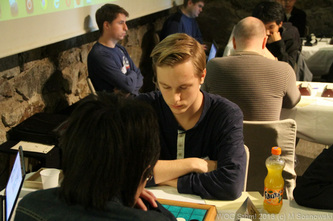 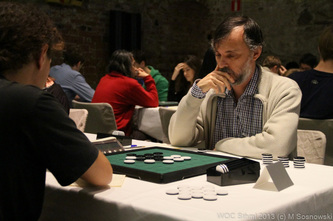 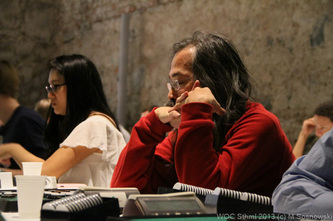 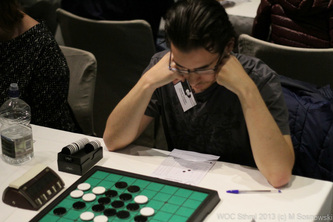 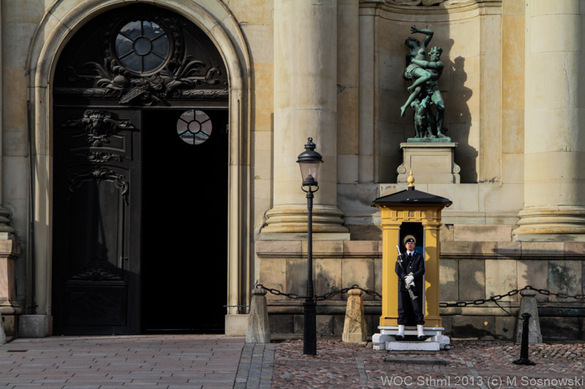 The trophies are safe behind the big wooden door with an armed Royal Guard
A nice battle between Ben Seeley and Marc Tastet on table 3. It was an interesting game that showed Ben's strength in the endgame, even though he lost 31 - 33. Michele Borassi won his game and now has 4 points. When I asked him about his tourney he said he was happy to have the same amount of points as Ben Seeley. We have a new tourney leader after round 6 as Piyanat Aunchulee won his game at table 1 against Miroslav Voracek. Piyabat has 5.5 points. Five players on second place with 5 points: Miroslav Voracek, Nicky van den Biggelaaar, Takashi Yamakawa, Marc Tastet and Tom Schotte. 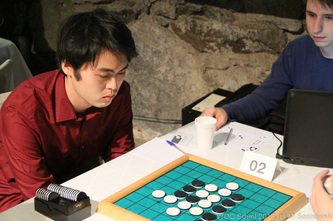 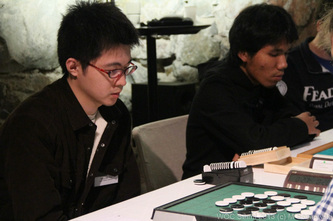 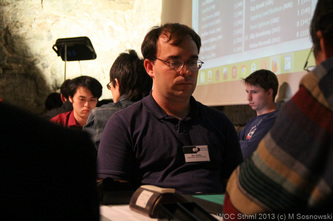 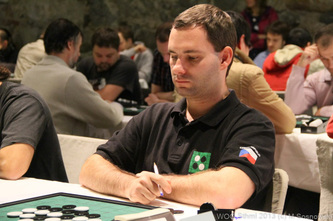 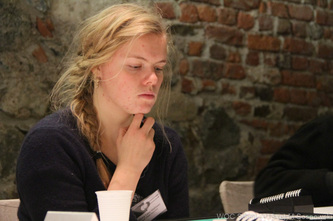 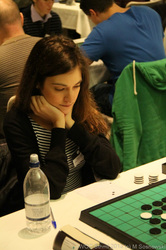 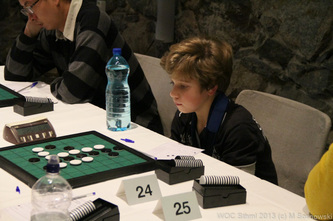 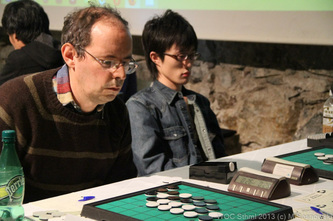 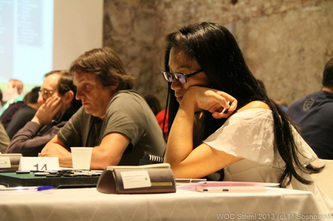 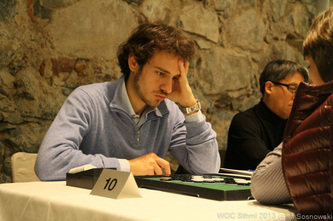 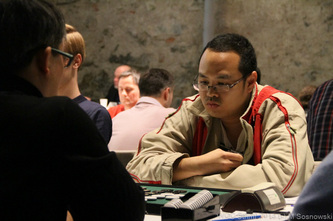 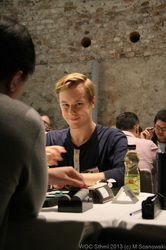 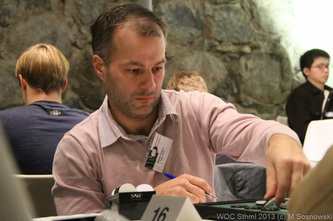 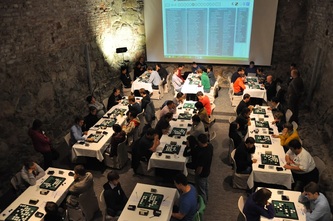 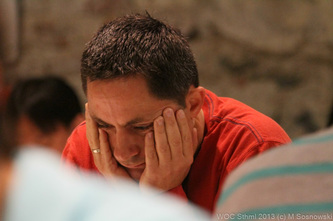 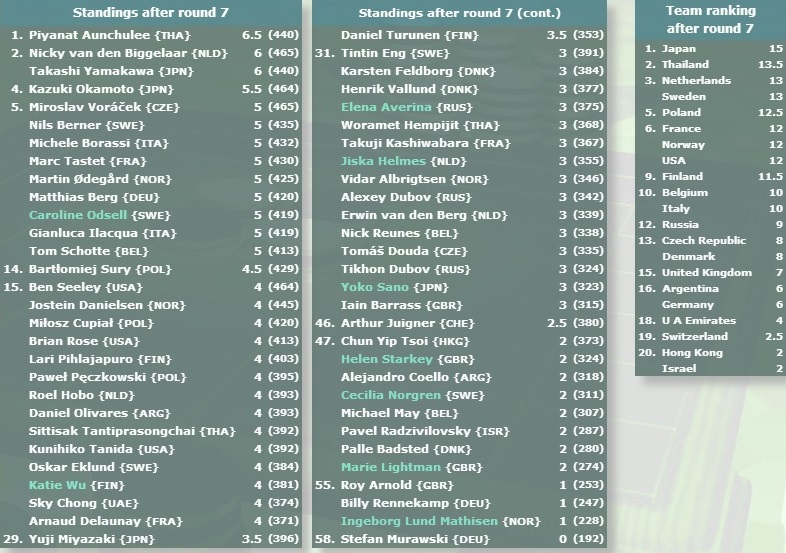