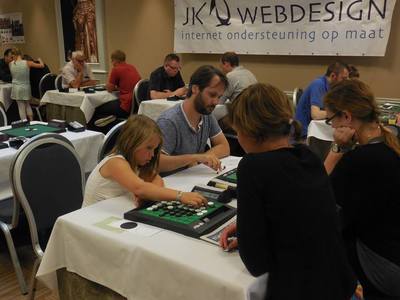 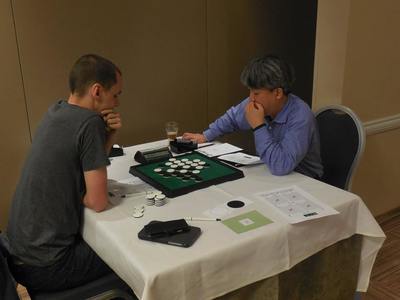 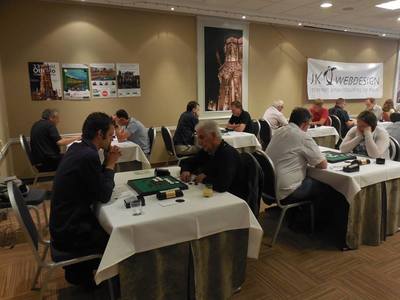 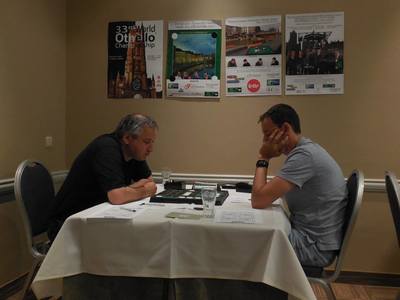 Another win for Nicky van den Biggelaar in round 8 but in round 9 Matthias Berg defeated him.  With 2 more wins for Imre on day 2, Imre and Nicky shared top position after 9 rounds, with Matthias and Tom just 1 point behind them.

I watched 2 games in round 10 and Takuji Kashiwabara - Kunihiko Tanida was a game with a twist. Takuji was way ahead in the game and things went bad at move 47.  Very exciting was the Roel Hobo - Matthias Berg game. A nice win for Dutch Othello Federations president Roel Hobo.

Nicky won his game in round 10 and Imre lost to Albert Kortendijk. Top 4 with 1 more round to go: Nicky van den Biggelaar 9/10, Tom Schotte 8/10, Imre Leader 8/10, and 7/10 for Matthias Berg, Albert Kortendijk, Roel Hobo and KunihikoTanida.

Happiest player after 11 rounds? I bet that was Wendy de Graaf. This was her first European Grand Prix tournament and she went home with three trophies: Best Promising, Best Beginner and Best Junior!
​ 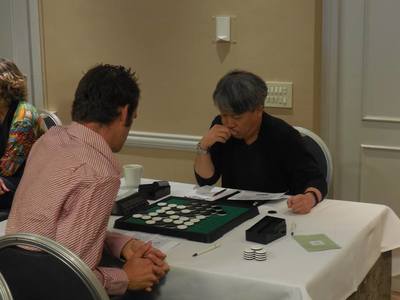 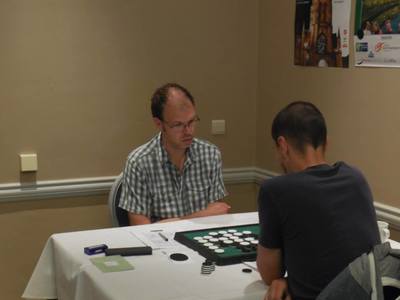 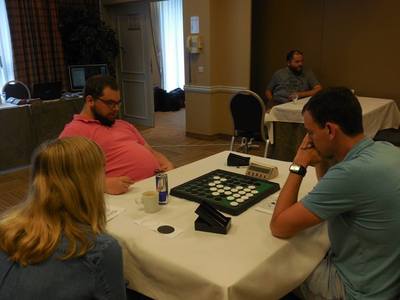 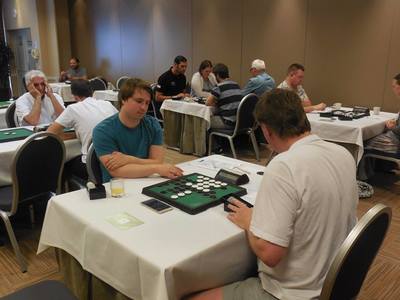