Results of the top 7 after round 10: Imre Leader and Takuji Kashiwabara at 8, Lari Pihlajapuro on 7, Matthias Berg, Marc Tastet, Oskar Eklund and Stéphane Nicolet at 6 points.  Many possible outcomes for final and playoff.

​Imre Leader started day 2 with a 33-31 win against Matthias Berg. He also won in  round 9 but in round 10 he lost 46-18 against Oskar Eklund. His final opponent in the swiss rounds was Caroline Odsell, Imre won 24-40 and qualified to play in the final.

​Takuji had a strong opponent in Oskar Eklund in round 11 and he lost 25-39. That loss meant that Lari qualified for the final, he won his last game 38-26 against Albert Kortendijk and ranked above Takuji.
​
Matthias Berg, Marc Tastet, Oskar Eklund and Stéphane Nicolet all won their game in round 11. Matthias Berg qualified for the playoff against Takuji Kashiwabara.

Takuji Kashiwabara won the playoff for 3rd and 4th place 42-22 and Imre Leader defeated Lari Pihlajapuro 2:0 in the best of 3 final. According to Marc Tastet, the first game of the final was relatively one-way, Imre gained the advantage little by little and finished it off with a very nice diagonal control. The second game was tighter. Lari missed his chance at move 46 and Imre won his first European Grand Prix tournament since Moss 2011. With this win Imre beats Marcs record of the oldest winner of a European Grand Prix stage! 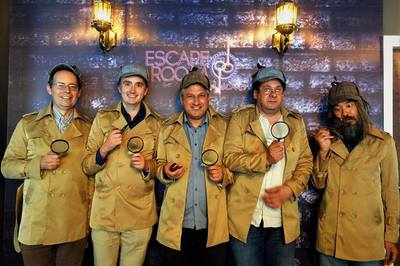 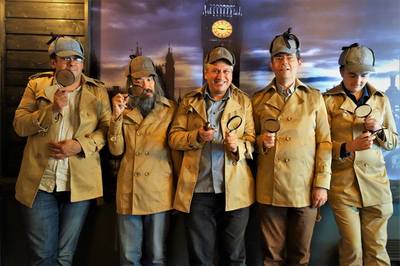 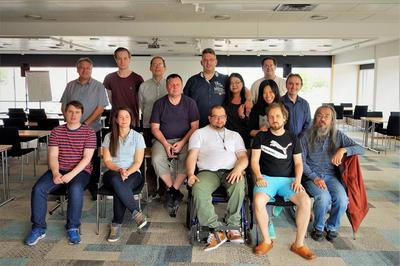 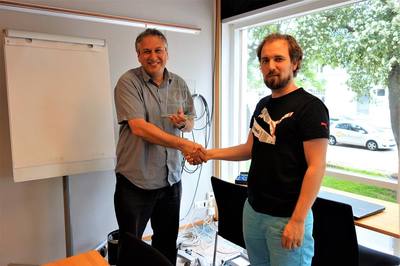 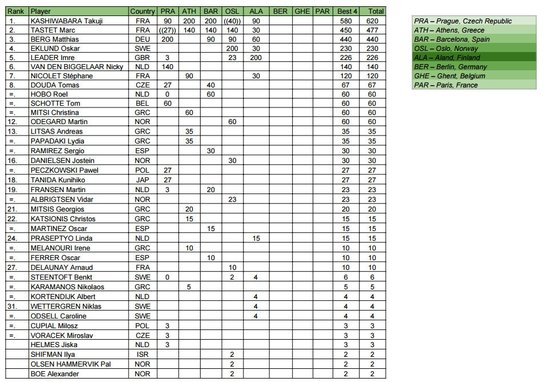